Can oysters be pregnant? In Berlin they can!

The former congress hall, amidst the “Tiergarten” – Berlin’s most famous inner-city park – directly located at the river Spree, is often referred to as “pregnant oyster.” This alludes to the building’s characteristic rooftop as well as the creativity of Berlin’s citizens. Nevertheless, journalists and tourist guides are mostly accountable for the neologism.

Hugh Stubbins drafted the building in 1956/57, while the Benjamin Franklin Foundation was responsible for the implementation of the plan. The hall has always been a prominent symbol of the German-American alliance. Eleanor Dulles and John Foster Dulles established the Benjamin Franklin Foundation and gifted the “Benjamin Franklin Hall” to the city of Berlin. However, the gift costed Berlin approximately 19 million Deutsche Mark (former German currency), which, if adjusted for purchasing power, amounts to 46 million €. The majority of the costs was covered by the federal budget. Due to the Americans’ influence, the citizens of Berlin initially called the building Uncle Sam’s cylinder or Ms Dulles’ hat.

Stubbins and Eleanor Dulles referred to the building as “beacon of freedom that radiates towards the east”. In the post war era, constructing was highly contested. Even Stubbins admitted that in reality the building was propaganda pointing to the Soviets. Not only did the East-West relations influence the location of the hall, but also the prospective government district, which was expected to be constructed in this area.

The archetype for the pregnant oyster’s roof was the Dorton Arena in Raleigh (North Carolina), which was the first building with a cantilever roof. However, the drafts for the pregnant oyster differed in many ways; Stubbins intended a more delicate roof construction, but the examining engineer did not approve this. Thus, the construction was altered, which Stubbins tolerated even though it was against his will. This required an enormous excess amount of materials such as cement, steel and stones.

On May 21st 1980, the southern part of the roof edge collapsed during a press conference. Five people were injured and one died of his injuries. Technical investigations confirmed the presumptions of experts; the collapse had its roots in both a technical cause as well as an insufficient construction of the roof, which ultimately resulted in a static imbalance. Stubbins also agreed that changes in the roof plate had led to the collapse of the building. 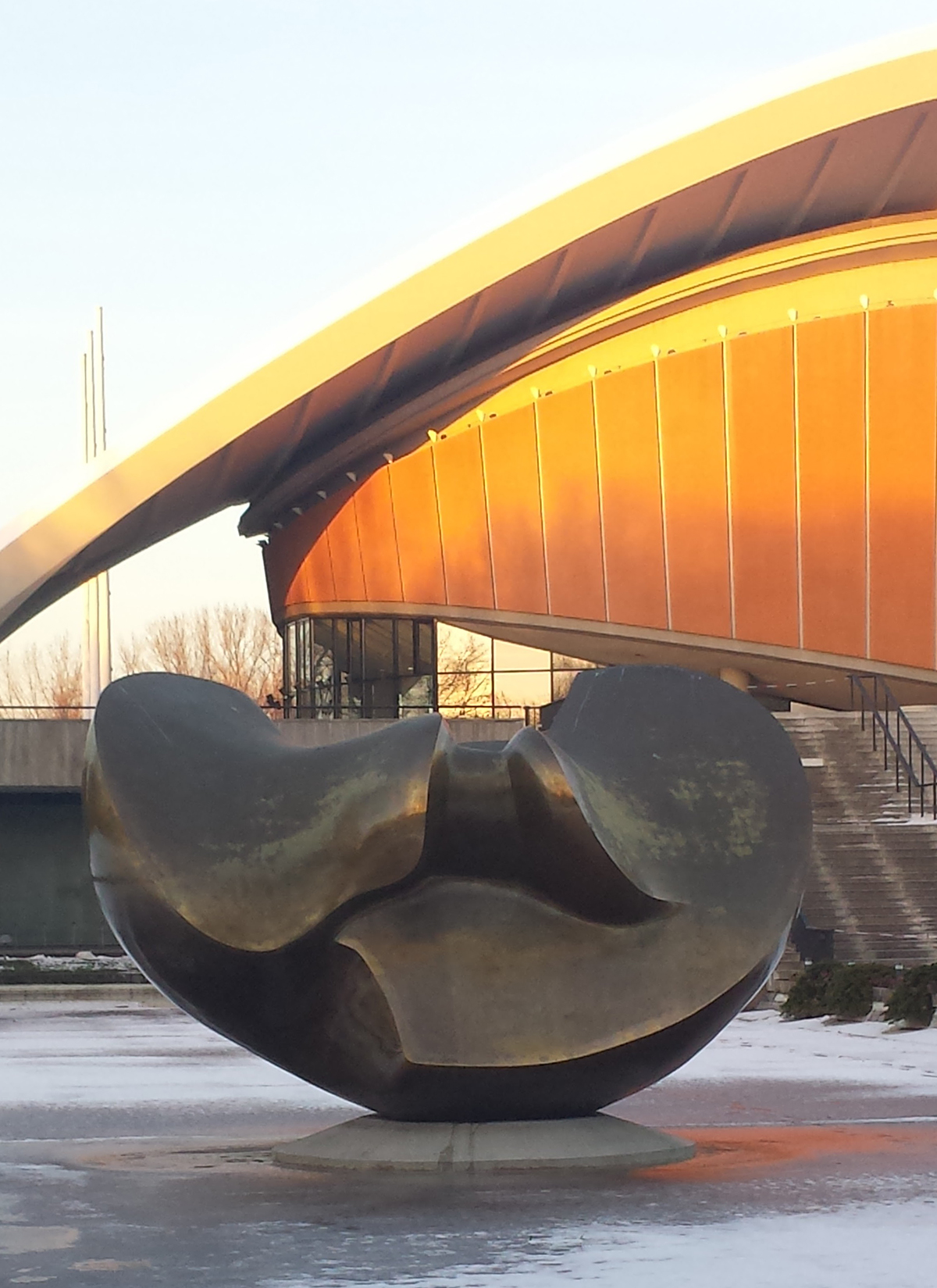 Initially a demolition of the building was considered, because amongst other things, the ICC  (International Congress Centre) had been used as a much larger alternative for assemblies since 1979. However, the congress hall is considered a “historical and political document”, thus was renovated and reconstructed from 1984 to 1987.

Today the pregnant oyster is named the “Haus der Kulturen der Welt” (House of World´s Cultures) – an exhibition venue in Berlin issuing international contemporary arts and a forum for relevant development and discourses.  The pregnant oyster presents creations from all over the world with particular attention to non-European cultures and societies

Are you interested in further fascinating Berlin-facts? Come for a jog with me and listen to witty, historical and topical subjects. As both a professional historical guide and a passionate runner, I offer culture and sports, sightseeing and jogging all in one. Above all, the tours are environmentally friendly and aside mass tourism.

Photo stops are anticipated – these pictures were taken on an individual Berlin Sightrunning tour.

Are you planning on visiting Berlin for the holidays or even for a business trip? Book your Sightrunning appointment now.
Date inquiry